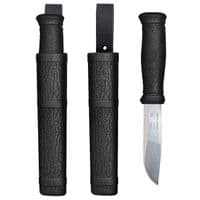 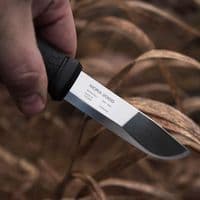 The new Mora 2000 (S) Anniversary Edition has a limited black colour to the optimal friction grip handle. The 2.5 mm thick polished blade is made of Swedish stainless steel of the highest quality, hardened and treated in our factory in Mora, according to a secret company recipe. The blade of this special edition is marked with an engraving, dating the years of Morakniv 1891 – 2021.

The Scandi grind profile makes it easy to keep sharp, while the blade also has a profile grind for increased precision. Just as the original Mora 2000 the spine is rounded. Also, the polymer handle doesn’t conduct cold, which means that working with the knife is equally safe and comfortable any time of year. The sheath made in black polymer has an adaptable black leather strap so the knife is always close at hand on your belt or rucksack. This knife is a must for the outdoor enthusiast ‘s next adventure.

Brand:
Mora
Condition:
New
Product Code:
0
Weight:
0.3kg
Not yet reviewed
Write an online review and share your thoughts with other shoppers!
Be the first to review this product. 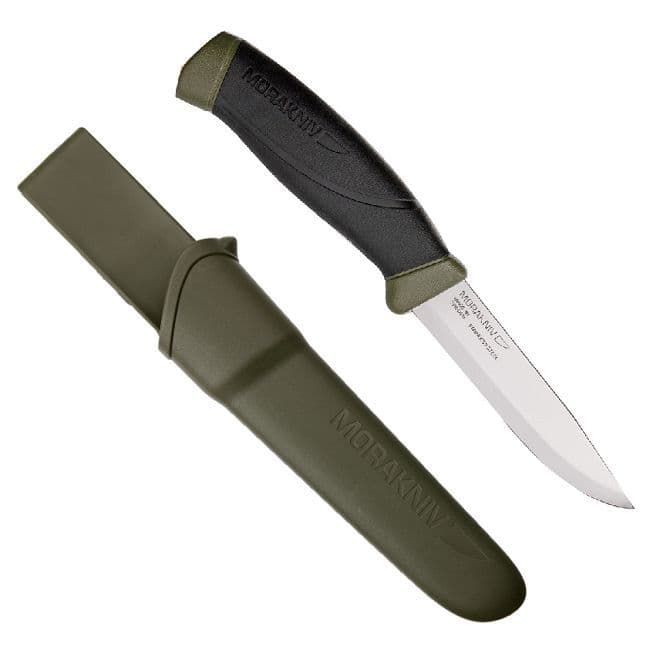