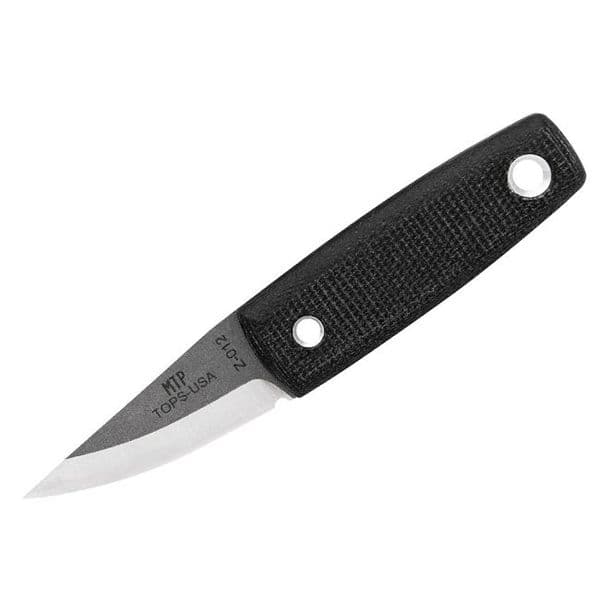 TOPS Tanimboca Puukko has been a big success since it was made available in 2017. So, it was only fitting that when Goran approached TOPS about making a mini version, we were interested. The Mini Tanimboca Puukko is a great tool for making bushcraft items (utensils, kuksa, baskets, blow guns, etc. are all things that Goran had in mind with this), whittling around the fire, and even accomplishing some EDC uses.

This knife is smaller than most and has no guard (so use caution). The knife can be held close to the cutting edge and in multiple grips. If you like making things with your hands especially in the woods, this knife is going to be a must-have. It has the classic Puukko look, but in a much, much smaller package. The spine is ground to 90 degrees for scraping tasks. Well-rounded Black Canvas Micarta handles make the handle comfortable despite its size. The brown leather sheath is set up for a tip-down neck carry, but also has a loop that will fit most belts.

The Mini Tanimboca Puukko was designed by Goran Mihajlovic, who also designed the original one made by TOPS. Goran is originally from Serbia but grew up in Germany. He has lived in Colombia now for many years. He owns a nature reserve called Tanimboca that houses hundreds if not thousands of species of plant, animal, and insect. Throughout his entire life, he has been a knife user and enthusiast. In recent years he has begun making knives at his forge in the Amazon jungle. He prefers Puukkos for their ability to perform well at large variety of cutting tasks.

Brand:
Tops
Condition:
New
Weight:
0.5kg
Not yet reviewed
Write an online review and share your thoughts with other shoppers!
Be the first to review this product. 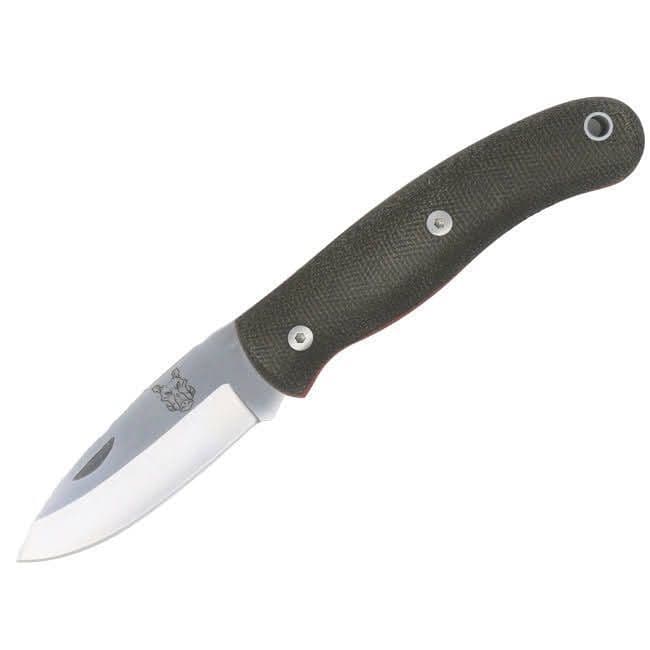