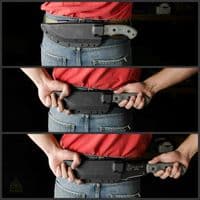 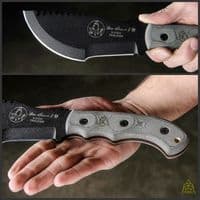 Stock Status: Sold Out
The TOPS Tom Brown is a bit of a quirky looking knife but, without doubt, everyone I know who has one or has used one loves it. It was designed by Tom Brown and featured in the movie "The Hunted" as well as the cover of BLADE Magazine and It is one of the most popular knives sold by TOPS.

The Tom Brown Tracker was designed for the serious outdoorsman and is made from high quality materials in the USA. The unusual shape enables to cope with just about any task you put it to and each area of the knife is made to execute sevaral functions.
Tom Brown, Jr is America's most acclaimed outdoorsman, and a renowned tracker, teacher, and author. When Tom was only seven, Stalking Wolf (Grandfather), an Apache elder, shaman and scout, began coyote teaching Tom in the skills of tracking, wilderness survival, and awareness. After Stalking Wolf's final walk, Tom spent the next ten years wandering the wilderness throughout the America's with no manufactured tools-in most cases not even a knife-perfecting these Grandfathers skills and teachings. Tom came back to "civilization" and began looking for people interested in all that he had learned, but found none. He felt lost and confused until a local sheriff who knew Tom called him in to track a lost person. Tom found the missing person and, in the process, found his Vision.

The Tom Brown Scout is a great companion knife for the Tracker and they were built to go together.

Condition:
New
Product Code:
TBT-010
Weight:
1kg
Not yet reviewed
Write an online review and share your thoughts with other shoppers!
Be the first to review this product. 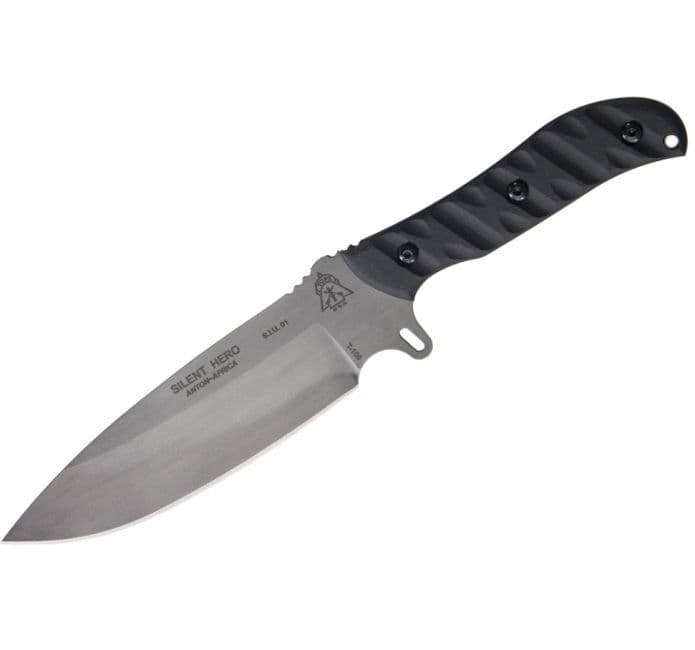